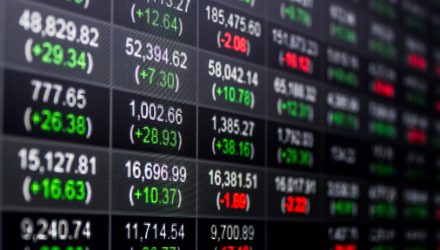 “I just think it’s a pause for breath,” Altaf Kassam, Head of Investment Strategy and Research for Europe, the Middle East and Africa at State Street Global Advisors, told the Wall Street Journal.

Biden took the lead over President Donald Trump in the key states of Pennsylvania and Georgia, putting him within distance of the White House after Trump claimed the election was being “stolen” from him, Reuters reports.

“Markets have been pretty comfortable with that idea (of a Biden win), but if it’s contested, it adds a little bit of uncertainty,” Scott Brown, Chief Economist at Raymond James, told Reuters. “Even with these states being really close, we might have to go back and recount, so we’re in for a long period of uncertainty.”

Technology stocks maintained their dominance in the recent surge on growing bets that a divided Congress will impeded attempts to push through regulations on U.S. companies. Republicans could maintain control of the U.S. Senate pending and they would likely counter parts of Biden’s plans, including the expansion of healthcare and pro-climate initiatives.

Meanwhile, the unemployment also declined sharply to 6.9% in October from 7.7% in September, but job creations slowed as fiscal support ended and daily coronavirus cases increased.

“Despite a shorter-term rally, ultimately we’re going to see some real challenges in payrolls and the economy,” Phil Toews, Chief Executive Officer and Portfolio Manager for Toews Corp, told Reuters. “The most leading indicator is the number of (COVID-19) cases, hospitalizations, and number of deaths in the country and that is going in the completely wrong direction.”