You are at:Home»Equity ETF Channel»U.S. Stock ETFs Start Off the New Year on the Wrong Foot 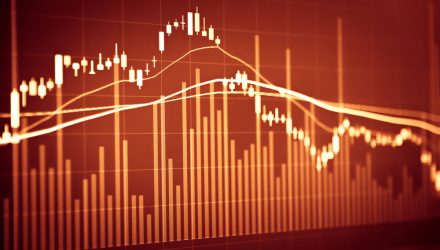 U.S. Stock ETFs Start Off the New Year on the Wrong Foot

U.S. markets and stock exchange traded funds stumbled on the first day of the new year on Monday on another round of political risk from a potential Democrat upset in Georgia’s Senate runoff election.

Traders turned risk off in face of the Georgia runoff election, which would allow Democrats to control the necessary votes in both houses of Congress to pass President-elect Joe Biden’s election agenda, including a tax rate hike, Reuters reports.

“The market is going to be hard pressed to go up much until the Georgia election is decided,” Rick Meckler, partner at Cherry Lane Investments, told Reuters.

“Senate race in Georgia is now a toss up,” Meckler said, adding that it “is the much bigger risk as investors have already decided that COVID will be mostly behind us later in the year.”

“These are all of these concerns, and then we have a market that is priced to perfection, which is denting returns right now,” Quincy Krosby, chief market strategist at Prudential Financial, told the Wall Street Journal.

Travel and leisure stocks were among the worst hit on Monday, indicating that the markets have not completely shaken off coronavirus concerns. Hospitalizations in the U.S. hit a record level on Sunday while governments across Europe are extending lockdowns to slow the spread of the virus.

“We have continued concerns over Covid-19 and the ability to staunch this wave, not just in the U.S. but globally,” Krosby added.