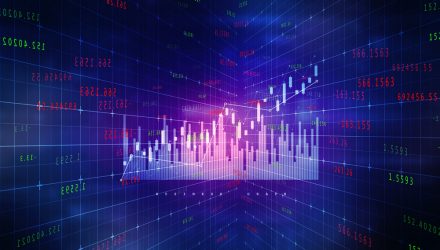 U.S. Stock ETFs Slip on the Last Trading Session of 2020

U.S. markets and stock exchange traded funds wobbled on the last trading day of 2020 but were still on pace for one of their best years, despite the swift turns caused by the Covid-19 pandemic, as unprecedented stimulus and a vaccine helped fuel the recovery.

The markets pushed to record highs this week, but Wall Street’s three main indices eased a bit on Thursday.

“It’s end-of-year optimism and the market is looking ahead after a tumultuous trading year, given the COVID, the election and the Fed,” Andre Bakhos, managing director at New Vines Capital LLC, told Reuters.

The S&P 500 has rallied almost 70% since its March low, and it is now set for a more than 15% yearly gain. The Nasdaq was also set to record a 43% gain in its best yearly performance since 2009 after the rally in tech mega-caps like Alphabet, Microsoft, Apple, Facebook, and Netflix. The blue-chip Dow Jones Industrial Average is also showing a modest 6.4% gain.

Looking at the market sectors, seven sectors are on pace for a positive return this year with tech leading on a 41% gain. Energy is set for its worst yearly collapse in history.

“We have several of vaccines and it’s a general feeling of hope this country and the rest of the world will pull out of this and the economic activity although greatly damaged, will be back on track sooner than people have predicted,” Bakhos added.

On the economic front, a U.S. Labor Department report revealed the number of Americans filing for jobless claims fell for the second consecutive week but remains elevated nine months into the coronavirus crisis.