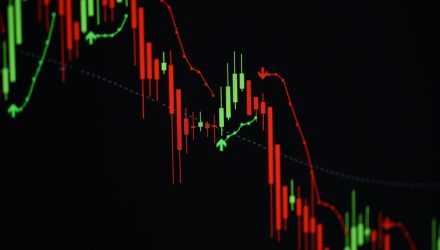 Johnson & Johnson stated its single-dose coronavirus vaccine was 72% effective in preventing infections in the U.S., with a lower 66% rate observed globally, Reuters reports.

The results were disappointing as compared to Pfizer Inc/BioNTech SE and Moderna vaccines, which showed an efficacy rate of around 95% in preventing symptomatic illness in key trials when given in two doses.

“While it’s good to have another entrant, the question is the efficacy. The concern is if it’s a lot less effective, then investor and consumer confidence will be substantially lower,” Sam Stovall, chief investment strategist at CFRA Research, told Reuters.

Further adding to concerns over market volatility, the fight between an army of retail traders returned to trade in shares of GameStop and other heavily shorted bets by Wall Street hedge funds.

“The GameStop story, where you have retail investors that are a new actor on the market, [is]one that people cannot ignore,” Luc Filip, head of private banking investments at SYZ Private Banking, told the Wall Street Journal. “There are some critical links for hedge funds that are short on those stocks.”

As the focus returned to these small heavily shorted stocks, the throng of smaller traders may be affecting the overall shifts. For instance, large hedge funds investors are selling other long positions to close their money-losing short positions, further weighing on markets overall.

“I think a lot of investors were discounting the effects of retail to some extent, so they were taken by surprise,” Max Gokhman, head of asset allocation at Pacific Life Fund Advisors, told Reuters. “The fact that it did create dislocations for a lot of large hedge funds, definitely caused at least some degree of additional market correction.”