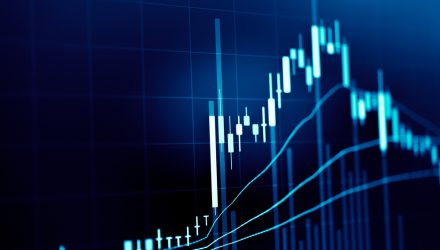 U.S. Stock ETFs Rise as Traders Look Toward a Recovery

U.S. markets and stock exchange traded funds gained Friday as investors turned their attention back toward a broad economic recovery that will continue to support equities.

Investors anticipate the economy will expand at its fastest pace since 1984, fueling a broad market rally with the ongoing cyclical sector play that benefits from a re-opening, Reuters reports.

“It is less a move out of technology than a move that evidences a broader appetite for equities to include both growth and value,” John Stoltzfus, chief investment strategist at Oppenheimer Asset Management, told Reuters.

“It has been hard to restrain our U.S. growth forecast in recent months. We’ve been upgrading our estimates almost as fast as we lowered them a year ago,” Carl Tannenbaum, chief economist at Northern Trust, told the Reuters Global Markets Forum.

The markets have been experiencing wild swings in the face of the sudden spike in bond yields, but traders are beginning to grow more accustomed to the higher rates and price in a target of close to 2% for benchmark 10-year Treasury notes. The higher yields have been a particular problematic for technology companies, weighing on the growth segment’s future valuation outlook.

“We’ve had a massive move in the 10-year yields since the start of the year,” Suzanne Hutchins, head of real return investments at Newton Investment Management, told the Wall Street Journal. “Right now, the market is sort of digesting that move.”