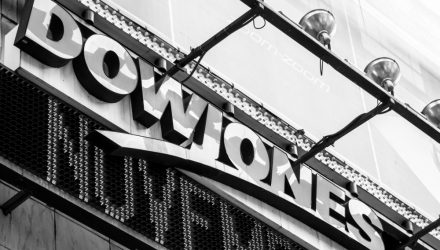 “Investors are getting optimistic about the coming six months,” Mike Zigmont, head of trading and research at Harvest Volatility Management, told Reuters. “There has been a lot of positive vaccine news recently and with the announcement that the transition of the Biden administration is kicking off, it just makes a lot of uncertainties of the future disappear.”

The markets were also strengthening off of unfounded election uncertainty. President Donald Trump said his aides would cooperate with President-elect Joe Biden’s transition to the White House, the Wall Street Journal reports. Investors were previously worried that a prolonged fight over control of the White House would add to volatility, but the transition will help diminish political risks over the winter months.

“This is very positive: it means that we finally might get an orderly transition process,” Luc Filip, head of private banking investments at SYZ Private Banking, told the WSJ. “That would relieve some of the uncertainties that have been weighing on the market over the past two to three weeks.”

Investment sentiment is also higher on reports that Biden will nominate former Federal Reserve Chair Janet Yellen as Treasury Secretary, whom has called for Congress to spend more to fight unemployment and keep small businesses afloat. Yellen could also potentially reactivate a series of measures to backstop credit growth that the Fed and Treasury launched this spring.

“She has clearly shown that she’s willing to minimize the downside risks to the economy,” Eric Barthalon, global head of capital markets research at Allianz, told the WSJ. “This is good news from a markets’ point of view.”