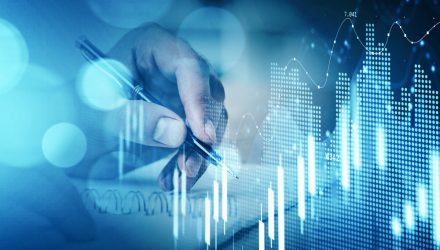 “The bank earnings were strong, but the market expected them to be strong,” Christopher Grisanti, chief equity strategist at MAI Capital Management, told Reuters. “So the question becomes how do the bank stocks rise more from here. That’s not clear. They have had a nice ride. I think there will be other places to make money more easily in the future.”

Looking ahead, investors will be closely monitoring lending practices in the upcoming earnings of smaller banks, which are more focused on traditional lending and deposit-taking.

“Financials have done well for a while, so we’re happy with that now but will we reach a point of diminishing returns in that sector? I don’t know,” Drew Horter, president and chief investment officer of Tactical Fund Advisors, told Reuters.

So far, investors have set the bar very high for the first quarter earnings season.

“There has never been more bullish expectations on what investors think they are going to hear from companies,” David Donabedian, chief investment officer at CIBC Private Wealth Management, told the WSJ. “With earnings season, you get a lot of buy-the-rumor, sell-the-news, and there is this idea that we are going to get a blowout first quarter.”

The overall economic picture also remains optimistic as government stimulus measures and Federal Reserve’s pledge to maintain support have largely helped mitigate concerns over the pace of the economic reopening.

“As the fundamentals emerge in the weeks ahead, there should be some really eye-catching earnings data coming through and some very strong economic data,” Paul O’Connor, head of a multiasset team at Janus Henderson Investors, told the Wall Street Journal. “It is about working out whether the fundamentals are strong enough to justify what we have seen markets do.”