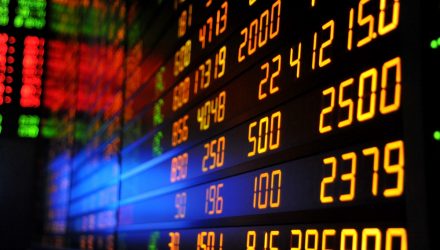 “After a bit of significant selling, investors tend to lick their wounds and wake up and say: Is this a real selloff or a temporary blip in the road?” Gregory Perdon, co-chief investment officer at private bank Arbuthnot Latham, asked the Wall Street Journal. Friday’s relatively muted moves are “indicative that investors think it is just a bump in the road.”

Dragging on the major benchmarks, bank stocks slipped after the Federal Reserve said it would not extend a temporary capital buffer relief that helped ease the pandemic-driven stress in the funding market, Reuters reports. Consequently, banks will have to resume holding an extra buffer of loss-preventing capital against U.S. Treasuries and central bank deposits from next month forward.

“Banks have had such a significant up move this year and this news has only acted as a catalyst for profit taking,” Art Hogan, chief market strategist at National Securities, told Reuters. “It’s one of those days when we see a great deal of volume and volatility and we might see things change back on Monday.”

The U.S. benchmarks are on pace for a weekly dip after optimism over a $1.9 trillion fiscal package and the Fed’s promise to maintain its near-zero interest rate policy fueled a re-shifting of assets in the market toward economically sensitive sectors that benefit from a broad recovery. Meanwhile, technology stocks and the Nasdaq have retreated after valuations became pricey with the rise in yields.

“There is not much of a reason to justify this minor pullback as downside risks have come down significantly and the market is looking at how quickly the economy can reach pre-COVID levels,” Jeff Powell, managing partner at Polaris Wealth Advisory Group, told Reuters.