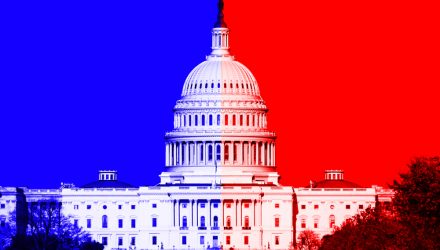 U.S. markets and stock exchange traded funds extended their rally Thursday on hopes that Republicans could defend their control over the Senate and potentially block any policy changes that would weigh on corporate profits.

With a divided Congress now expected, many market observers anticipate a smaller coronavirus stimulus package to pass, but the focus is now turned to the Federal Reserve to enact even more aggressive measures to support the financial system, Reuters reports.

“I’ve been speaking to investors for months and all the concerns about the Green New Deal, higher taxes, expansion of the Affordable Care Act—all of these things that you’ve heard—that now dissipates,” Brian Levitt, Global Market Strategist at Invesco, told the Wall Street Journal. And even as votes are still being tallied, “the uncertainty of the election is behind us, there is hope about medical breakthroughs and we know the [Federal Reserve] is going to be supportive.”

Before the elections, many anticipated a so-called Blue Wave where Democrats would control both the White House and Congress, which would ostensibly support a huge stimulus package bill. However, it is now unclear how large or broad a stimulus measure might be.

“What I’ve been asking myself in my own head—a question to which I don’t have an answer—is whether, assuming a divided government, there is less likely to be a larger-in-size fiscal relief package because we know the two sides were quite different on the details,” Liz Ann Sonders, Chief Investment Strategist at Charles Schwab, told the WSJ. “What I wonder is how much of the negotiating and the digging the heels in was a function of the election…And I don’t know in which direction that moves the needle.”

The Fed also said in a statement on Thursday that it will keep its loose monetary policy intact and pledged to do whatever it takes to sustain an economic recovery from the coronavirus pandemic.

“Long live the rally, it works for me but in some ways investors may be setting themselves up for some disappointment here along the margins,” Michael Arone, Chief Investment Strategist at State Street Global Advisors, told Reuters. “Things are never as good or as bad as they seem, but markets seem to be rallying pretty strongly in this post-election environment.”