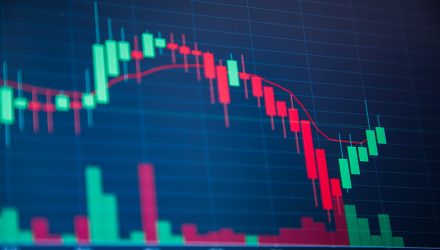 U.S. markets and stock exchange traded funds slipped from their record highs on Monday as investors wait on the start of the first quarter earnings season.

“We are seeing a little bit of a reversal from last week where the tech sector was strong, the financials and energy were weak. Today we see the opposite, so it is profit taking,” Peter Cardillo, chief market economist at Spartan Capital Securities, told Reuters.

A rebound in technology stocks after a pullback in 10-year Treasury yields from 14-month highs helped power the S&P 500 and Dow Jones Industrial Average to record levels last week.

Investors have maintained a risk-on attitude as any pullbacks have often served as an excuse to jump back into the broad market rebound.

Federal Reserve Chair Jerome Powell on Sunday argued that the U.S. economy is at an “inflection point” on expectations that growth will gain momentum ahead. However, he warned of ongoing risks if a hasty reopening leads to a spike in coronavirus cases, which would cause another round of shutdowns.

“With all the macro things coming out and the bond auctions, a fight is brewing between the bond market and the Fed. The only thing that’s going to come to the rescue is earnings and guidance. This first quarter is going to be compared to pre-pandemic time,” Cardillo added.

According to Refinitiv IBES data, S&P 500 company earnings are projected to surge 25% in the quarter year-over-year, the biggest quarterly increase since 2018 after tax cuts under former President Donald Trump helped drive profit growth.

Among the most anticipated reports, company earnings due this week include JPMorgan Chase, Bank of America, and Wells Fargo, along with companies ranging from Delta Air Lines to PepsiCo to UnitedHealth Group.

Investors will also be watching out for inflation data due on Tuesday, which is expected to show consumer prices rising in March.