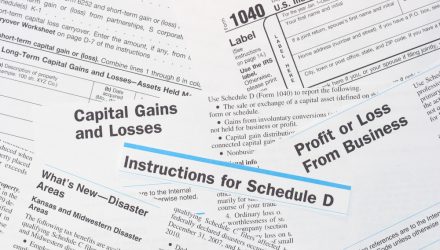 U.S. markets and stock ETFs rebounded Friday after a steep falloff in the previous session in response to talks of hiking U.S. capital gains taxes.

Equities rose after reports of the Biden Administration pushing to raise capital gains taxes, which President Joe Biden has talked about on his presidential election campaign trail.

“Yesterday was a knee-jerk reaction to the proposal. Right now, there’s nothing definitive on the part of administration,” Robert Pavlik, senior portfolio manager at Dakota Wealth, told Reuters.

Aiding positive sentiment on Friday was strong economic data that offered investors some optimism. According to IHS Markit, U.S. private sector output growth rose to a series record in April. Similar surveys indicated that Europe is starting to participate in the recovery.

IHS Markit’s flash factory PMI for the United States touched 60.6 in the first half of the month, the highest level on record, dating back to 2007. Meanwhile, in the Eurozone, the Composite PMI increased to a nine-month high of 53.7.

“Data is taking on more meaning,” Georgina Taylor, multiasset fund manager at Invesco, told the WSJ. “We’ve had all the hope built into expectations, but ultimately, we still need earnings to continue recovering, at the same time as we need reassurance that economic data is reflecting those stronger expectations.”