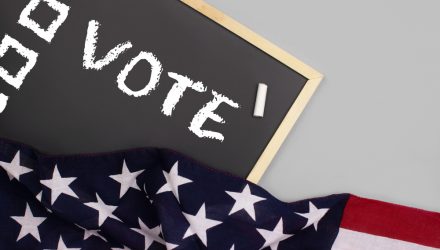 Democratic challenger Joe Biden remains ahead of President Donald Trump in national opinion polls, but it is more tight in battleground states. Analysts argued that the outcome may agitate markets in the short term as there will likely be no clear winner by Tuesday night.

“Traders are trying to position themselves to the idea that just having a result will be good for the market,” Rick Meckler, Partner at Cherry Lane Investments, told Reuters.

“It’s a bit of a relief rally,” Hans Olsen, Chief Investment Officer of Fiduciary Trust Co., told the Wall Street Journal. “We’re coming to the end of the election cycle, and we’re on the verge of resolving the uncertainty.”

Some investors are already betting on a Biden administration, which would produce a massive fiscal stimulus and promote green energy.

“No matter what happens tomorrow, it will be the impetus to get the stimulus done in coming weeks after the election is decided,” Thomas Hayes, Managing Member at Great Hill Capital LLC, told Reuters.

The markets are also concerned about the spike in coronavirus cases, but the response to the rising cases this time around has not been as severe as the so-called great lockdown.

“They are definitely what I’d call lockdown light: not as stringent as what we saw in the first wave,” Justin Onuekwusi, Fund Manager and Head of Retail Multiasset Funds at Legal & General Investment Management, told the WSJ. “That has to be a positive for the economy and markets overall.”

Looking ahead, investors will also be waiting on the Federal Reserve’s two-day policy meeting, the monthly jobs report, and earnings from about a quarter of the S&P 500 companies.