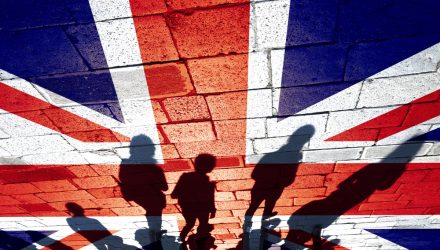 United Kingdom country-specific exchange traded funds have been outperforming since December as international investors are mollified by developments in the post-Brexit deal with the European Union. 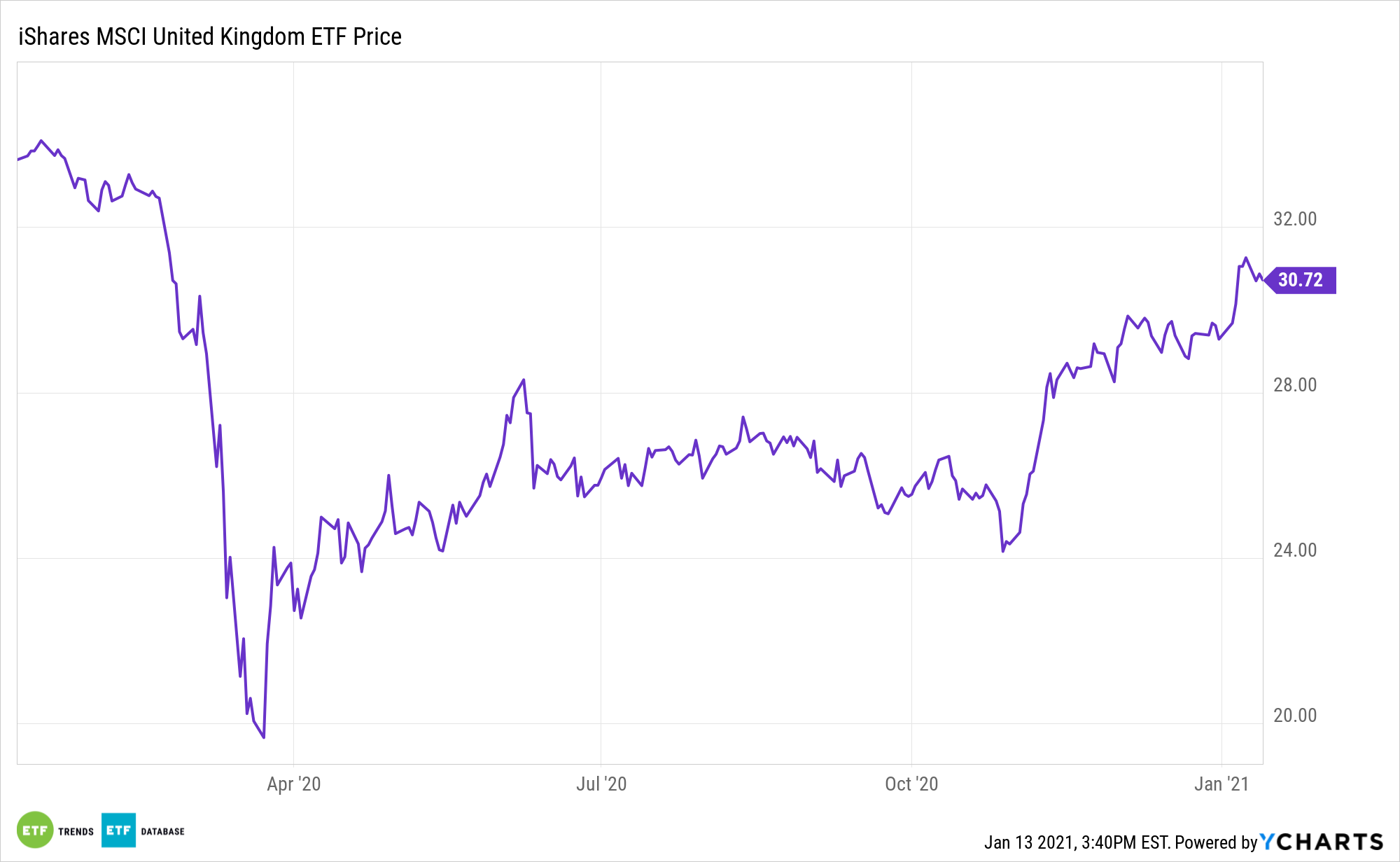 The benchmark FTSE 100 has increased almost 8% since December 1 in dollar terms, outperforming the S&P 500, the MSCI World, and the Euro Stoxx indexes, despite the U.K. being among the countries hit hardest by the Covid-19 pandemic and still suffering from a more contagious variant, the Wall Street Journal reports.

The rally may be seen as a relief rally on Brexit uncertainty, but it still doesn’t make up for its underperformance since the U.K. voted to leave the European Union in 2016. In dollar terms, the FTSE 100 still trades where it closed on June 23, 2016, the day of the Brexit referendum.

The FTSE 100 also continues trades at a steep discount to most other markets, showing a forward price to earnings ratio of about 15x, according to FactSet. Meanwhile, the Euro Stoxx Index trades at over 18x and the S&P 500 is at 23x.

“How much of the U.K. market discount is geopolitical, or Brexit-related, and how much is to do with company sectors? I think it’s probably mostly sectoral, maybe two-thirds,” William Dinning, chief investment officer of U.K.-based Waverton Investment Management, told the WSJ.

Britain has concluded a new trade deal with the EU, diminishing concerns over a no trade deal Brexit, but there is still more to be negotiated.

As more investors move back into British markets, some argue that the British pound currency could benefit on the increased demand for U.K. assets. Savvas Savouri, chief economist at Toscafund Asset Management, a $4 billion hedge fund, argued that the pound’s fundamental value in euros is about €1.30 apiece, but it remained at around €1.12 on Wednesday. The pound has been weighed down over the years by fears that Brexit would be costly and chaotic.

“At some point, there will be a big transaction that will make FX traders wake up and realize the pound is undervalued,” Savouri told the WSJ. “We’ve gone through the quagmire of political uncertainty in a way that the U.S. and other European countries haven’t yet.”