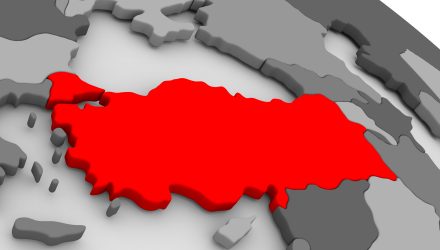 Traders acted negatively to the news, sending the Turkish lira down as much as 3% against the U.S. dollar.

Investors have long been worried about Erdogan’s hand in the central bank as many saw the president overreaching into what should be an independent institution. Erdogan told lawmakers from his party that he removed Cetinkaya because the governor had failed to implement instructions to cut rates.

“We told him repeatedly in economy meetings that he should cut rates,” Erdogan was quoted as saying by Hurriyet. “He didn’t do what was necessary.”

Investors are now worried the newly appointed central bank chief, Murat Uysal, who had previously served as deputy governor of the bank, will fall under pressure to cut rates despite the high inflation.

Piotr Matys, emerging-markets strategist at Rabobank, argued it would be “a major mistake” if the central bank decides on a large rate cut later this month, following the central bank’s shuffle.

“The decision is set to undermine the credibility of the central bank,” Matys said.

The central bank previously raised its main policy rate to 24%, which has helped push down annual inflation to 15.7% from a peak of 25% last summer.

“Erdogan has no intention whatsoever to improve the quality of macroeconomic policies in Turkey despite his recent disastrous defeat in the Istanbul mayoral election,” Jan Dehn, head of research at emerging-markets investment manager Ashmore Group, told the WSJ. “In fact, he is doubling down on his own misguided economic policies.”