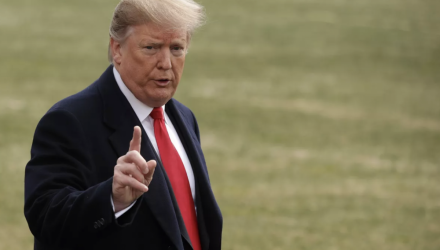 Some things are too important to leave to politicians.

One such thing: the money supply. That’s why the Federal Reserve is an independent agency, at least in theory.

Presidents like this arrangement because it lets them disclaim responsibility when the Fed does something unpopular. But that only works if the president doesn’t even try to assert control.

Trying to influence the Fed, as Trump is doing, has three possible outcomes—and two of them are bad for Trump. Either…

Other presidents have tried this, and it didn’t end well.

Trump had the chance to make a quick impact by filling several Federal Reserve Board vacancies in his first two years. He didn’t seize that opportunity.

That was unfortunate. The Fed needs broader representation. It shouldn’t be all bankers and economists. And that isn’t just my personal preference.

The Federal Reserve Act orders presidents to nominate Fed governors with “due regard to a fair representation of the financial, agricultural, industrial, and commercial interests, and geographical divisions of the country.”

Presidents of both parties have long ignored this law, and senators let them do it. Now bankers run the Fed, supported by PhD-holding economics professors.

We have seen the results. I think some more diversity would make the Fed work better.

Trump seems to agree, but he has a different kind of diversity in mind. He wants to add Herman Cain and Stephen Moore to the Fed board.