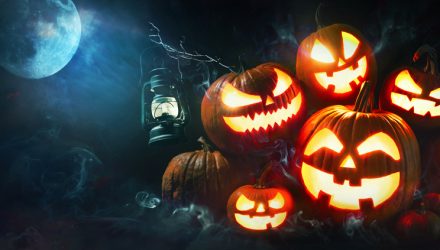 U.S. markets and stock ETFs weakened Thursday on growing doubt that a U.S.-China trade deal will happen any time soon.

Trade fears renewed Thursday on reports that Chinese officials expressed doubts they will achieve a long-standing trade deal with the U.S., according to the Wall Street Journal.

“Trade headlines continue to offset solid earnings and optimism from the Fed and rightfully so because the global economy is really struggling right now and most of it has to do with trade,” Ryan Nauman, market strategist at Informa Financial Intelligence, told Reuters.

President Donald Trump, though, tried to mitigate concerns, tweeting that the two countries are working together to find a new site to sign the “phase one” trade pact after the previous scheduled meeting in Chile was canceled.

“President Xi and President Trump will do signing,” Trump added in his tweet.

Further weighing on the risk-off mood, the Chicago Purchasing Management Index slipped to its lowest level since December 2015 last month, signaling deteriorating conditions for Midwest manufacturers and reflecting the negative fallout from a protracted trade conflict.

Market observers have warned that the stock market rally is dependent positive trade developments as the recent S&P 500’s record run was bolstered in part by investor expectations that the U.S. and China were making progress on a deal that would eventually lead to the removal of tariffs. However, more are worried now that if the talks come to a dead end or if the White House decides to ramp up tariffs, stocks could take a turn for the worse.

“Trade is going to be an ongoing issue with not a whole lot of traction,” Bruce Bittles, chief investment strategist at Robert W. Baird & Co., told the WSJ. “That’s now being built into the market.”