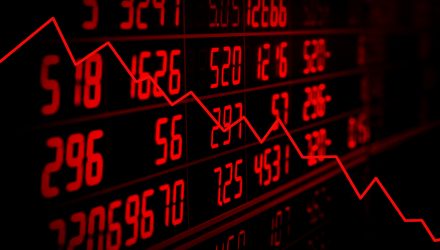 Investors were anticipating the Fed might introduce ‘Operation Twist’, whereby the central bank would shift bond purchases to the long end of the yield curve from the shorter end, which would help offset the recent spike in rates, Reuters reports.

“The market has been worried about the rise in long-term interest rates and the Fed chairman in his commentary didn’t really push back towards this increase in rates and the market took it as a signal that yields could rise further which is what has happened,” Scott Brown, chief economist at Raymond James, told Reuters.

Yields on benchmark 10-year Treasury notes jumped to 1.55% after Powell provided no further changes to the Fed’s asset purchasing program.

Meanwhile, the Nasdaq erased its year-to-date gains and was down 10% from its record high. If it closes at these levels, it would officially confirm a correction.

“There is a fork in the road for markets which is best served with a correction … which is what we are seeing now as concerns of lofty tech valuations and elevated yield levels affect sentiment,” Jason Ader, chief executive officer at SpringOwl Asset Management, told Reuters.

Wall Street’s main indices have retreated as a jump in U.S. bond yields pressured high-flying growth names and tech stocks while economically sensitive stocks outperform on bets that a new round of fiscal aid and vaccinations can support a broad economic recovery.

Technology stocks are particularly sensitive to rising rates since their prices reflect bets on future earnings, which are discounted more heavily when bond returns go up.