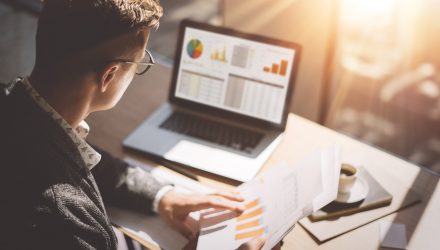 Stock ETF Investors: Time to ‘Sell in May and Go Away’?

U.S. markets and stock exchange traded funds have been enjoying one of their best starts to a new year in decades, but as history has shown, the good times can quickly sour.

The SPDR S&P 500 ETF (NYSEArca: SPY) increased 18.2% year-to-date and was recently on a back-to-back record breaking streak as stocks rallied through April in their best start to a year in 32 years.

However, markets have historically not been great at maintaining such a fast pace after a rally of this size, CNBC reports.

“There are four other years since World War II that the S&P was up at least 15% to kick off the year like we’re going to be this year. Three of those years are virtually flat during these worst six months of the year, the other was 1987 when we lost about 13%, ” Ryan Detrick, senior market strategist at LPL Financial, told CNBC.

The S&P 500 has jumped 18% higher in the first four months of the year. The last time the equity markets performed so well was back in 1987 when the S&P 500 surged 19% through to April before crashing 13% in the following six months, culminating in what will notoriously be known as the Black Monday market crash that October. Additionally, the previous three times in 1983, 1975 and 1967, the markets were largely flat in six months after the early year rally.

“It does seem if you have some really good gains that kick off a year, it can be kind of front-ended and you can have potentially a little bit worse returns over these worst six months of the year,” Detrick said. “Fundamentally things still look good … so maybe we can get a little bit of consolidation and a well-deserved correction after a really good bounce to kick off this year.”

Detrick, though, noted that it does not mean stocks will necessarily end up in the red in the six months ahead. Stocks have on average ended higher during the period, but they have also historically shown smaller gains.

“When you get to it, from May to Halloween, those six months, those are the weakest six months on average since 1950 with the S&P 500 up about 1.5%, but it’s still positive,” Detrick added.