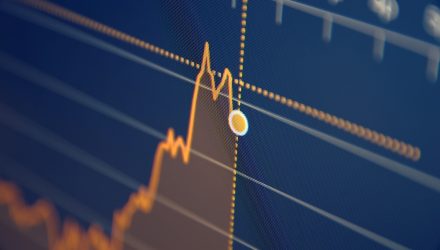 A Spike in Yields Keeps U.S. Stock ETFs in Check

Despite the pullback, Wall Street’s major indices were on pace for their best weekly gains in six, with the Dow Jones Industrial Average heading toward its fifth consecutive record high after the latest U.S. stimulus package was signed into law, and data supported the improving economic outlook.

“I expect a very robust recovery here in the short term,” Dev Kantesaria, a managing partner at Valley Forge Capital Management, told the Wall Street Journal. “I think it’s going to happen faster and harder than most people expect.”

Meanwhile, the rise in U.S. bond yields added to concerns of a sudden tapering of monetary stimulus measures from the Federal Reserve as a preventative measure for a potentially overheating economy, which weighed on U.S. markets in recent weeks.

“We are back to the idea that more growth is more inflation, and investors are a little nervous about current yield levels, which is affecting tech stocks,” Victoria Fernandez, chief market strategist at Crossmark Global Investments, told Reuters. “It’s all about the pace in which yields grow, and the market seems to be comfortable with another 10-20 basis points jump in the benchmark yield if backed up by strong data that shows economic recovery.”

The accelerating vaccine distributions and fiscal stimulus have also added to concerns over rising inflationary pressures despite reassurance from the Fed that it will maintain its accommodative policies.

“The bigger picture is, vaccines are going to create a sustainable reopening. That is what the market is reacting to,” David Stubbs, global head of investment strategy at J.P. Morgan Private Bank, told the WSJ. “You’re seeing a rapid reassessment of the macro-environment.”