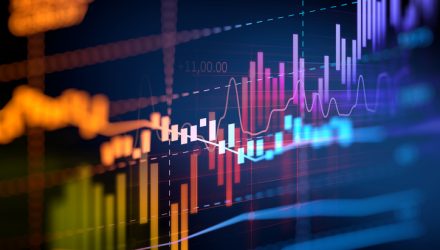 As the ETF universe expands with over 2,200 ETFs trading in the market, it is growing harder and harder for smaller money managers to maintain their ETFs in an increasingly competitive market.

A record 58 ETFs have been liquidated or closed up in the six months through June, marking the industry’s worst ever start to a year, Bloomberg reports.

Looking at the various ETFs that shuttered down this year, almost of the failed strategies revealed a common trait of higher management fees, which goes to show that in the increasingly competitive industry, lower fees are a prevailing trend.

Asset managers are fighting a heated fee war to attract investors, which has put increased pressure on their profit margins and lowered tolerance for slow-growing products, putting pressure on a number of fledgling ETFs that are struggling to attract assets.

Around one in five funds that closed down in the first half focused on single countries, including Poland and Germany. Additionally, many others tracked complex ideas that failed to resonate with investors.

Nevertheless, the prevailing theme was a higher expense ratio for all of these funds. The shuttered ETFs charged an average $6.20 for every $1,000 invested. Meanwhile, over 70% of flows this year were funneled into funds that charge $1 or less per $1,000.

“This particular outbreak in the fee war was the most violent I’ve ever seen,” Eric Balchunas, an analyst at Bloomberg Intelligence, said. “It scared a lot of people who might have had ETFs in registration.”

The ongoing fee war does not seem to be letting up any time soon. Large banks like J.P. Morgan Chase & Co. are beginning to leverage their scale to lower fees while smaller asset managers are trying to wedge themselves into a competitive field with cheap prices, with newcomer Salt Financial now offering to paying investors to own its ETF.

The closure of some ETFs, though, is also seen as a sign of a normal, maturing industry.

“There was a feeling in the last five years of a gold rush, with a lot of people rushing into the space,” Phil Bak, chief executive officer of Exponential ETFs, told Bloomberg. But “you want to invest in something that the asset manager really stands behind.”