You are at:Home»Equity ETF Channel»Small-Cap ETFs Are Outperforming Their Large-Cap Peers 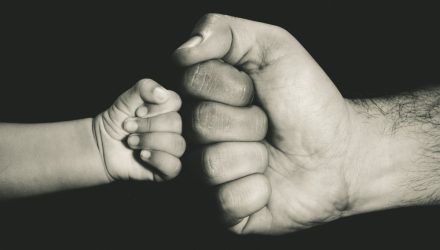 Exchange traded funds that track the small-capitalization market are outperforming their large-capitalization peers as more investors hope a quick fiscal stimulus turnaround will come with Democratic candidate Joe Biden taking the lead in the polls.

So far in October, small stocks are outpacing larger companies by the greatest amount since November 2016, reflecting investors’ bets on Democrats gaining control in Washington and ramping up spending to support the economy, the Wall Street Journal reports. The Russell 2000 is also outperforming the Dow Jones Industrial Average by 6.9 percentage points, the largest monthly gap in more than a decade.

Investors are hoping that a victory for Biden would translate to an even larger spending coronavirus aid package, along with spending on programs for everything from infrastructure to renewable-energy projects. The current environment is reminiscent of a similar situation four years ago when markets were betting on a Donald Trump victory and the increased spending on infrastructure programs and deregulation that would support small-caps.

Many are hopeful that the high fiscal spending would offset corporate-tax increases or greater regulation that investors expect if a “blue wave” victory sees Democrats control both the White House and the Senate.

“There is this notion that the fiscal stimulus will overwhelm any tax implications that a blue wave might bring,” Dan Cole, Co-Manager of the Columbia Small Cap Growth Fund, told the WSJ.

Additionally, traders believe that increased fiscal spending could also support a shift toward cyclical companies, which are more tied to the broader economic recovery. These smaller companies, banks, manufacturers, and commodity producers typically do better as the economy exits a recession.

“The economy doesn’t have to get back to normal. We just have to have visibility into it and confidence that it’s coming,” Jeff Buchbinder, Equity Strategist at LPL Financial, told the WSJ.