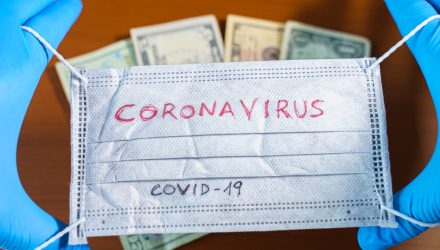 U.S. markets and stock exchange traded funds rallied Monday on hopes that another round of economic stimulus is coming, despite lingering uncertainty surrounding the health of President Donald Trump.

The equity markets have rebounded from the sharp falloff on Friday when it was announced Trump and several of his senior staff members tested positive for Covid-19. Doctors at Walter Reed National Military Medical Center have treated Trump with steroids typically used in the most severe cases. Trump’s physician also said he had been treated with an intravenous dose of Regeneron’s dual antibody treatment, Reuters reports.

“One of his treatments was an experimental drug from Regeneron (and) that’s showing that this could be a major component to treatments moving forward for people,” Thomas Hayes, chairman at Great Hill Capital LLC, told Reuters.

The markets were also rebounding on hopes that Congress could be pushing through another economic stimulus package to support a slowing recovery. Meadows said they could reach an agreement with U.S. lawmakers on additional relief and Trump was committed to a deal.

“There’s more optimism around a bill coming to the market sooner rather than later,” Keith Buchanan, portfolio manager at GLOBALT Investments, told Reuters. “We need another layer of assistance as the economy is still under tremendous stress that has come from the virus.”

Meanwhile, political risk continues to overshadow the markets with former Vice President Joe Biden taking the lead over Trump, the Wall Street Journal reports. Observers have grown skeptical that Democrats and the White House could reach an agreement over the next coronavirus-relief package, so many investors are now trying to assess what a Biden presidency might entail for the stimulus package and for issues like corporate taxes.

“People are starting to question whether or not a Biden win would be an outright negative for equities,” James McCormick, a strategist at NatWest Markets, told the WSJ. “There are tax implications, but there are also some positive stimulus implications.”