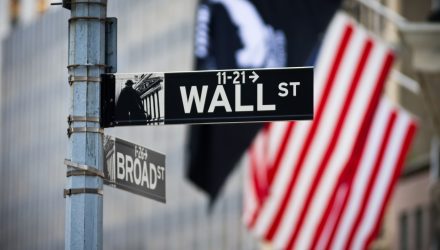 U.S. markets and stock exchange traded funds slipped today after Washington said it is considering further sanctions on Chinese companies and the Federal Reserve’s latest meeting showed it will leave interest rates where they are, dashing hopes of a potential rate cut later this year.

“It doesn’t sound like talks are going to restart anytime soon, so we’ll have to wait until the G20 summit in late June,” Ryan Nauman, market strategist at Informa Financial Intelligence, told Reuters. “It is hard to trade when there is so much uncertainty and confusion out there.”

Further dragging on the technology segment, a federal judge ruled that Qualcomm Inc illegally suppressed competition for smartphone chips by threatening to withhold supplies and draw out excessive fees.

Additionally, market traders were disappointed with the latest Federal Reserve minutes that revealed officials were content with keeping interest rates at where they are now. Some analysts have lifted bets the Fed would cut rates by the end of 2019 amid tepid price pressures and heightened trade tensions, the Wall Street Journal reports.

New York Fed President John Williams stated that there is currently no strong argument for changing the Federal Reserve’s interest rate policy, including as a response to low inflation readings that may be attributed to temporary factors. The Fed has set a 2% inflation target, but inflation levels have remain stubbornly below the target.