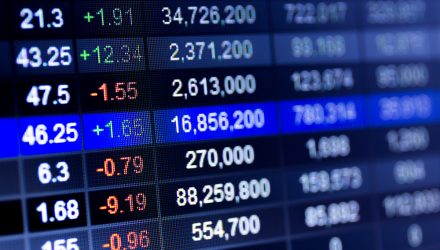 U.S. markets and stock exchange traded funds were mixed on Tuesday as ongoing uncertainty over the stimulus package and the election weigh on sentiment.

The White House said a potential COVID-19 relief package could come in “weeks,” adding to doubt on whether a deal could come out before the election next week, Reuters reports.

“Stimulus is now pushed back to after the election and the market is digesting that today,” Thomas Hayes, managing member at Great Hill Capital LLC, told Reuters.

The markets are also struggling to regain lost ground on Monday when the three major U.S. benchmarks slipped to a near four-week low on a record number of new coronavirus cases in the U.S. and Europe.

Nevertheless, the technology sector took the lead as observers argue that this segment seems the least exposed to virus fears.

“A focus on big technology companies may move this market to rally despite the problems the virus is creating,” Meckler, partner, Cherry Lane Investments, told Reuters.

There are some that are looking beyond the short-term election noise and positioning for the eventual economic recover and return to normal. The markets are also warming up to the idea of a Joe Biden presidency and what it would mean for stocks.

“They no longer think the election is going to be something that takes us a long time to figure out,” Amy Wu Silverman, a managing director at RBC Capital Markets, told the Wall Street Journal. “People are expecting good news out of the fiscal stimulus as well as the vaccine.”