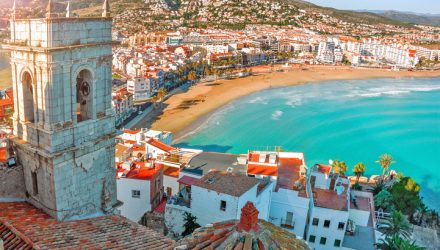 Italy country-specific and broader Europe ETFs took a hit on growing concerns about the stability of the Italian government’s ability to pay back debt.

Italian markets were pummeled Friday on worries the year-old coalition government might collapse after the two main political parties butted heads, and the possibility of a new election may be too late for a new administration to approve a 2020 budget, Reuters reports.

Italian political watchers have long speculated that the window for any government collapse would close on July 20. Afterwards, a new election would be pushed too far into autumn to pass through any 2020 budget. Italy has never held an election during the autumn or winter sessions.

The hostility between the two coalition parties has intensified ever since the European parliamentary elections in May when the far-right League party took on a majority above the 5-Star Movement to become the largest party in Italy.

“The uncertainty surrounding the political situation in Italy remains relatively high, especially with discussions about the budget coming in later in the year,” Bert Colijn, a senior economist at ING, told Reuters. “It is translating into risk for the moment.”

Losses in the broader European markets were slightly offset by positive rate cut bets out of the U.S. after New York Fed President John Williams said policymakers could not wait for economic disaster to hit before adding stimulus, which helped fuel expectations of a more aggressive rate cut in July.

Markets have fully priced in a 25 basis point cut out of the Fed during its policy meeting next week, and many expect the European Central Bank to follow with a similar move to address concerns of slowing growth.