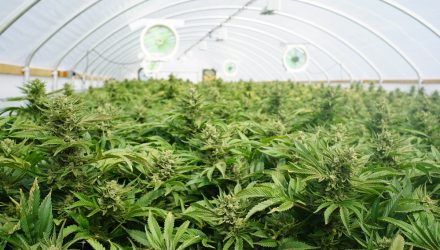 Will Marijuana Be Decriminalized Federally?

Meanwhile, there is growing speculation that the U.S. could move toward decriminalizing marijuana on the federal level as Democrats control both the White House and Congress. Only some individual states have legalized marijuana for recreational use.

However, some issued a word of caution on the deceleration in cannabis sales.

“While the headlines are positive, we believe the slowing growth from the Canadian adult use business is a concern with the outsize contribution from global medical sales (C$5.3 million) likely aiding profitability,” Stifel analyst Andrew Carter said in a research note.

Jason Wilson, Cannabis Research and Banking Expert at ETFMG, said in a note that it is expected that 2020 global cannabis sales will reach approximately $20 billion, an increase of approximately 35% when compared to 2019 sales of $15 billion.

“With several catalysts on the horizon, 2021 will likely be another banner year for the cannabis industry – adult-use legalization in Mexico and U.N. re-classification should help drive global sales; in the U.S., Democratic control of Congress and the White House is expected to result in significant policy reform,” Wilson said in a note. “Additionally, with state’s looking for ways to bolster their economies, expect to see more states move to legalize recreational use in 2021, including New York, Virginia, Connecticut, New Mexico and Maryland.”