You are at:Home»Equity ETF Channel»January Could Be a Good Month for Stock ETFs 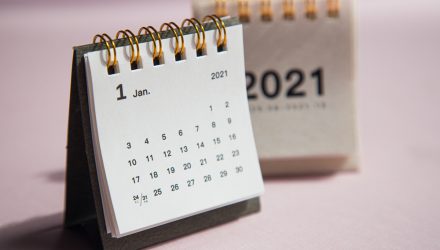 January Could Be a Good Month for Stock ETFs

While the new year may have seen a rough start the year, January tends to be a strong month for U.S. markets and stock-related exchange traded funds.

The S&P 500 Index’s average price return of 1.8% in all Januarys since the index was created in 1954, compared to 0.7% on average over the other 11 months, according to MarketWatch. This could be a rough outline for stock ETFs, like the  SPDR S&P 500 ETF Trust (SPY), for how things could play out on average.

Ed Matts, Founder of Matrixtrade.com, said in a note that January gains are the result of “bed-and-breakfasting, where a stock is sold at the end of the year to crystallize a tax loss and then immediately rebought in the New Year.”

However, this January effect has lessened somewhat over time, but January is still an important period for markets, as the performance for the first month of the year is strongly correlated with overall annual performance in the following months.

There are also other factors that may contribute to this January effect.

For instance, Michael Arone, chief investment strategist with State Street Global Advisors pointed out that “there are so many things that have historically worked or have been strong signals in the past that broke down in 2018,” like the tendency for markets to rise in the months after midterm elections or December to be a top month for equity gains, “that it will be interesting to see if the January effect adage will hold true.”