You are at:Home»Equity ETF Channel»Investors Remain Surprisingly Skeptical on Stocks 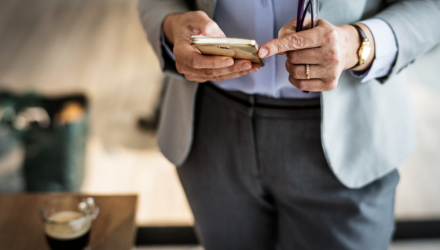 By Norman Conley via Iris.xyz

Stocks have rallied more than 15% since Christmas Eve, but investors are still feeling bruised by the brutal near-20% correction late last year. According to the January 2019 Conference Board Survey, 38.6% of respondents expect stocks will decline in the coming year, compared to 30.9% who expect stocks to rise. To put it another way, bears were 7.7% more common than bulls in the most recent survey.

Such a negative spread between bears and bulls is a rare occurrence in Conference Board surveys. Dating back to 1987, respondents have only been similarly or more pessimistic on the prospects for stocks in 10 previous survey instances.

The table above plots the forward returns that followed these 10 previous instances of poor Conference Board investor sentiment. Looking at the subsequent 253 trading days (roughly equivalent to 1 calendar year) for all previous occurrences, the S&P generated positive returns in 9 out of 10 instances, for an average 1-year gain of 21.4%. The one exception was the July 2008 survey, which was conducted during the Great Financial Crisis and just two months prior to the failure of Lehman Brothers.

In our opinion, the January 2019 survey results demonstrate that investor expectations remain subdued, and that the 4th quarter pullback priced in a significant amount of bad news. To the extent that fundamental conditions and economic data play out more positively than investors have been expecting, stock prices could have room to readjust upward in 2019.