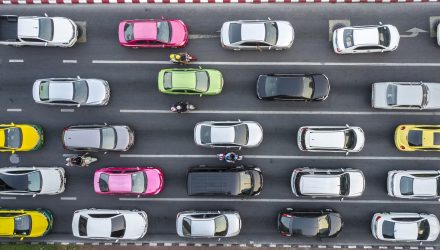 Infrastructure ETFs May Not Get a Helping Hand from the Government

Hopes of fiscal spending bolstering Infrastructure sector exchange traded funds are fizzling out after President Donald Trump stated he would not work with Democrats on a major infrastructure proposal due to “phony” allegations in Congress.

ETF investors previously looked to infrastructure sector-specific ETFs such as the Global X U.S. Infrastructure Development ETF (Cboe: PAVE) on hopes that Capitol Hill will push through trillions of dollars to update and expand the country’s aging infrastructure. However, the proposal will be stuck in limbo after Trump abruptly stormed out of a meeting with House Speaker Nancy Pelosi, D-Calif., and Senate Minority Leader Chuck Schumer, D-N.Y., at the White House on Wednesday.

Trump told reporters later that he would not negotiate on legislation with Democrats while he was still under investigation by several committees, CNBC reports.

The Wednesday meeting was planed as the second official sit-down between the president and Democratic congressional leadership on infrastructure.

“I walked into the room and I told Sen. Schumer and Speaker Pelosi, ‘I want to do infrastructure’ … but we can’t do it under these circumstances,” Trump said at a last-minute Rose Garden event.

Pelosi accused Trump of engaging in a cover-up over the Mueller Russia investigation. “We believe the president of the United States is engaged in a cover-up” in response to blocking White House aides from providing testimony and responding to document requests from ongoing congressional investigations, according to Pelosi.

“I don’t do cover-ups,” Trump stated in response.

Talks over infrastructure then immediately broke down. At the meeting, Trump told visiting Democrats that he wanted to do infrastructure, ”‘but you’re focused on investigating. When you’re done we can talk. Meeting over,’” he said and then left, an official told CNBC.

“I knew the president was not serious about infrastructure and would find a way out,” Pelosi remarked to her Democratic colleagues after Trump’s exit, according to a Democratic aide.