You are at:Home»Equity ETF Channel»Indonesia ETFs Rebound Off Steep Plunge on Coronavirus Fears 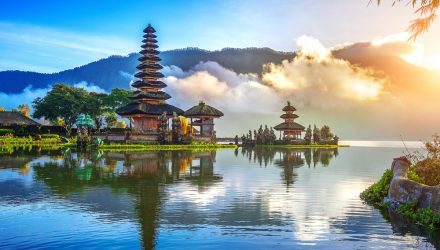 Indonesia country-specific ETFs led the charge on Friday, rebounding off a precipitous fall-off in the previous sessions in response to an unexpected decision to put the emerging country’s capital back on lockdown.

“The trimming makes sense because yesterday’s decline was an overreaction from the market to Jakarta’s social curbs,” Thendra Crisnanda, head of institutional research at MNC Sekuritas, told Bloomberg. “A rumor spreading in the market about a limited ministerial meeting whether Jakarta will impose a full lockdown or another transition period also helps the sentiment.”

Indonesia’s capital was put back into a tougher coronavirus lockdown, catching analysts and investors off guard, as the government threatens to prolong the recovery of South East Asia’s largest economy, The Star reported.

“I think we will see negative GDP growth in the fourth quarter instead of what many people expected earlier for a recovery in the final three months of 2020,” Maybank Kim Eng Isnaputra Iskandar told The Star.

Jakarta, Indonesia’s capital city, makes up around 20% of the country’s gross domestic product, so another shutdown decision would cause the Indonesian economy to contract for a third consecutive quarter, upending earlier expectations for a recovery in the tail end of the year.

“From a public policy perspective, this is a dilemma between choosing science or public health over the economy. The decision will be incrementally negative for equities, which generally have some dependence on future earnings. The bond market, especially sovereign issuance, will suffer only a limited impact as it has some safe haven features. The hope of an upcoming vaccine and possible economic recovery in developed markets will make the fallout from the current curbs less severe than what the country had seen in March,” Jeffrosenberg Tan of Sinarmas Sekuritas told The Star.