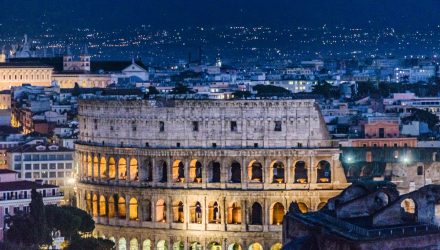 Italy ETFs Have Been Outperforming

Italian stocks and country-specific ETFs have been outperforming in the Eurozone region despite the ongoing uncertainty around the Southern European country and its troubled banking sector.

Italy’s economy dipped into a recession in the fourth quarter of 2018, and political volatility may persist as analysts argued that the governing coalition of the anti-immigration League party and the antiestablishment 5 Star Movement may not survive the year, the Wall Street Journal reports.

Nevertheless, the benchmark FTSE MIB stock index is among the best performers in Europe, jumping 11% so far this year.