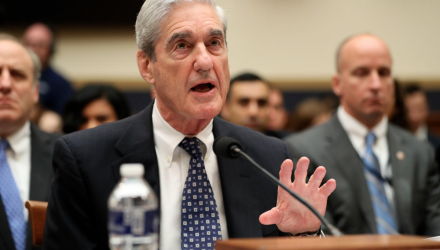 I Wish Someone Had Told Me That: Robert Mueller Edition

By Rob Isbitts via Iris.xyz.

Years ago, there was an old line that went something like this: “SEX…now that I have your attention, here is what I want to talk about.” Today’s political climate is like that. And, it has spread to peoples’ consumption of financial news. It is sizzle over steak, so to speak. Market history is often ignored. And, like the expression goes, those who ignore history are destined to repeat it.

With Special Counsel Robert Mueller scheduled to appear before the U.S. House Judiciary and Intelligence Committees this Wednesday, it will be a media spectacle. But I don’t care about that. And for the purposes of this column, I don’t care about the politics either. As a rule, I leave that out of these pieces.

What I do care about is the ever-present mission of everything I write in this space: identifying things about today’s investment environment that I believe are under-reported by mainstream financial market outlets. I want you to never have to say, “I wish someone had told me that.” In today’s edition of that mission, I looked back at another time in U.S. history where the conduct of a President (Nixon) had reached the point where a special counsel (Archibald Cox) investigation had been completed.

Forget the politics, this is about your money

Again, the politics are of no interest to me as an investor. But looking for similarities between that period of time and today is very important to me. Why? Because this type of survey of investment market history has been one of the most important factors in my ability to protect investor capital for over two decades.

Here is a chart that summarizes the heart of the Watergate era from an investment and economic standpoint. The full period shown is from the start of 1973 to the end of 1974. The S&P 500 Index reached an all-time high following the 1972 re-election of Nixon. It peaked in early 1973, and through the Watergate hearings, the continued battles of the Vietnam War, and Nixon’s ultimate resignation on August 9, 1974, the financial world had a lot to deal with.