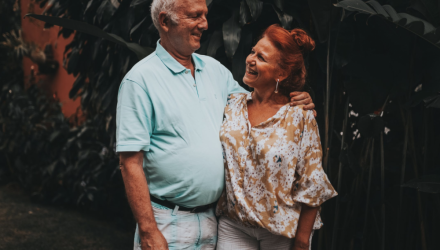 How to Retire Happy With Dollar Cost Averaging

Last week I had the pleasure of attending and presenting at the Oxford Club’s 21st Annual Investment U Conference in St. Petersburg, Florida. As many as 400 accredited investors were in attendance from all over the U.S.

The main topic was the current retirement crisis, which I wrote about earlier last month. Baby boomers are reaching retirement in worse financial shape than the previous generation—a phenomenon we haven’t seen in at least six decades.

So how can we reverse course and assure future generations are financially prepared to leave the workforce?

A common theme running through many of the Oxford presentations was to start investing early and to take advantage of compound interest.

This is so important. Albert Einstein once described compounding as “the eighth wonder of the world.”

If you’re reading this and have kids or grandkids, I urge you to help them on the path to participating in the market now. It doesn’t require as much capital as you might think—especially if you’re investing with dollar cost averaging.

What it does require, though, is discipline. Put a long-term plan in place and let compound interest work its magic.

I’ve shared this chart with you before, but I think it’s worth sharing again. It shows a hypothetical initial investment of $1,000 in an S&P 500 Index fund in March 2009. Ten years later, after regular monthly contributions of only $100, the value of that initial investment grew at an annualized 12.96 percent to more than $26,385. Investors who had the discipline to stick with this plan and reinvest the dividends were rewarded handsomely.