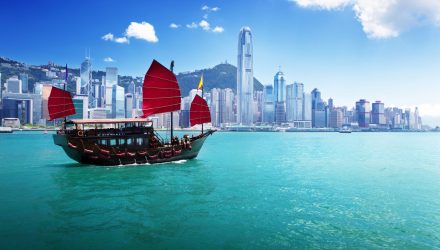 “There are people covering their short positions and bargain hunting on local blue chips,” Alex Wang, director at Ample Finance Group, told Reuters, adding that investors hoped the formal withdrawal of the bill “will calm down the situation in the society.”

Hong Kong Chief Executive Carrie Lam announced the withdrawal of the extradition bill at a meeting after markets closed.

“The government will formally withdraw the bill in order to fully allay public concerns,” Lam said. “I pledge that the government will seriously follow up on the recommendations of the IPCC (Independent Police Complaints Council) report. From this month, I and my principal officials will reach out to the community to start a direct dialogue … we must find ways to address the discontent in society and look for solutions.”

Widespread protests in Hong Kong against the bill, which would have allowed extraditions to mainland China where courts are controlled by the Communist Party, began in March but quickly escalated in June and have since evolved into demonstrations for democratic reforms.

While the withdrawal of the bill has met one of protestors’ five demands, it was not clear if it would help end the widespread unrest. Initial reactions remained skeptical, and it is to be seen how many people will continue to take to the streets.

“We still have four other demands. We hope people won’t forget that,” Ms. Chan told Reuters, speaking for the protest movement and not giving her full name. “The mobilization power won’t decrease.”

The drag on business activity due to the protests, along with the protracted U.S.-China trade war, have gripped the local economy, with the Hang Seng Index retreating 7.4% in August.

Paul Chan, Hong Kong’s financial secretary, said the operation of the stock market “continues to be smooth and orderly.”

“We are monitoring closely trading volume and shorting on a daily basis, and have not seen anything peculiar,” Chen said at a televised press conference.