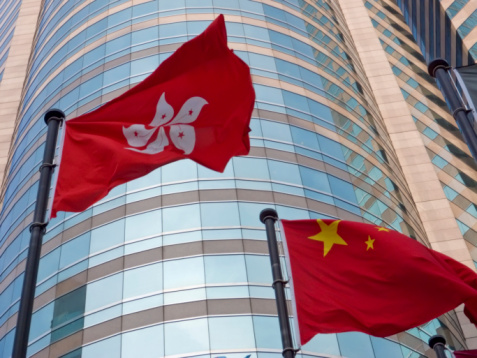 Hong Kong ETF May Not Be Turning Around Anytime Soon

Hong Kong ETFs have endured volatile swings as political unrest covered the city, and the disruptions are taking a toll on the economy.

The largest Hong Kong ETF, the iShares MSCI Hong Kong ETF (NYSEArca: EWH), declined 6.0% over the past week and only advanced 5.4% year-to-date.

The gloomy economic outlook reflects the general atmosphere on Hong Kong’s streets, which are littered with closed shopping malls, restaurants and stores or shorter hours in many districts as unpredictable and violent protests continue.

Furthermore, the government underscored a precipitous decline in private consumption activity and a sharp pullback in investment expenditure, which both contributed to the economic weakness. Net exports also contracted year-over-year due to a worsening global outlook.

“The Hong Kong economy saw an abrupt deterioration in the third quarter of 2019, as the local social incidents dealt a very severe blow to an economy already weakened by a synchronized global economic slowdown and US-Mainland trade tensions,” government said in a statement. “As the impacts of the local social incidents have yet to show signs of abating, consumption and investment demand will likely remain in the doldrums for the rest of the year.”

Hong Kong protesters on Friday started blocking roads in the Central financial district and other parts of the city, paralyzing Asia’s premier financial hub to end the work week.

Meanwhile, Hong Kong citizens are also contending with rising inflation. The full-year consumer price inflation was upwardly revised to 2.9% due to a pork supply crisis in mainland China.

Financial Secretary Paul Chan has announced stimulus packages worth about HK$21 billion, or $2.7 billion, to help soften the blow from the political unrest, but economists warned that the amount falls short.

“The Hong Kong government has missed the boat on fiscal stimulus to provide much needed support to the economy,” Alicia Garcia Herrero, chief Asia economist at Natixis, wrote in a note. “The stimulus announced so far only accounts for 0.7% of GDP, which is highly disproportionate to the current difficult time.”