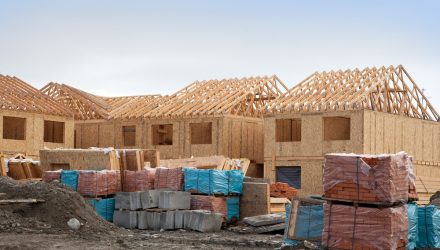 Demand for new homes in the U.S. was up 4.3% in January as the housing market remains one of the strongest areas of the economy, the Associated Press reported. Sales of new homes were also 19.3% higher than they were for the same period last year.

Last month’s increase raised the sales of new homes to an adjusted annual rate of 923,000, according to the Commerce Department, better than the expected 855,000 that economists were projecting. December’s new home sales figure was also upwardly revised to 885,000 from 842,000.

“Sales would have been much higher if only builders could build faster,” Robert Frick, economist with Navy Federal Credit Union, told the Associated Press. “Supply is only one issue, and for many Americans trying to buy their first home, rising prices are shutting them out of the market.”

In a separate report on home construction, the Commerce Department revealed that applications for building permits, which give a hint of potential activity ahead, jumped 10.4% in January to an annual rate of 1.88 million units.

In addition to the increased homebuilder activity to meet rising demand for family homes, current homeowners are also spending more to redesign or renovate existing homes. According to experts speaking at a press conference hosted by the National Association of Home Builders Remodelers during IBSx, last month’s 2021 International Builders’ Show virtual experience, spending on residential improvements will continue to expand at a ‘healthy pace’ over the next two years, Kitchen & Bath Design News reports.

The remodeling market declined in March and April in 2020, “but has since more than fully recovered,” according to the NAHB, which projected that remodeling spending for owner-occupied single-family homes could rise 4% in 2021 and 2% in 2022.

For more information on the housing market, visit our real estate category.