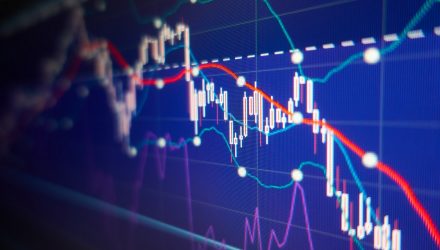 “There’s been an overabundance of bullishness … The market is overdue for a correction,” Randy Frederick, vice president of trading and derivatives at Charles Schwab, told Reuters. “If you’ve made a pretty good profit since October, it’s probably not a bad move at all to sell.”

The fear of the unknown virus has upended the equity market rally. The coronavirus has so far infected over 2,700 people and claimed the lives of at least 80, and public-health officials warned that it is growing more contagious, the Wall Street Journal reports.

“It’s unclear how far it could have potentially spread,” Georgina Taylor, a multiasset fund manager at Invesco, told the WSJ. “If it turns into a global health issue, that’s really the next piece of information that would worry us.”

Yousef Abbasi, global market strategist at INTL FCStone, added that equities were already vulnerable to pullbacks in response to any negative headline news after stocks pushed toward record highs and traded at relatively high multiples to earnings ahead of the quarterly earnings season.

“Investors were considering and really looking forward to improved global growth,” Abbasi told the WSJ. “Uncertainty like this causes people to step back and reassess the amount of risk they’re taking.”

Travel-related stocks, including airlines, casinos, and hotels, were among the worst-off on Wall Street while safe-haven plays like government bonds and gold strengthened. The travel and leisure sectors were among the hardest hit on the concern the virus could spread. Meanwhile, the Chinese government has imposed restrictions on movement in Hubei province during the traditionally busy travel week during the Lunar New Year break.