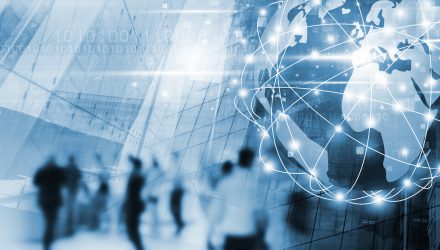 Global equity ETFs weakened Thursday as weak data on China, the world’s second largest economy, and tempered expectations on trade talks between the U.S. and China weighed on markets.

The most recent data revealed Chinese factory activity declined to a three-year low and China’s export orders decreased at their fastest pace since the global financial downturn a decade ago, fueling concerns of a slowdown in the Chinese economy and its impact on global markets, Reuters reports.

China’s official manufacturing purchasing managers index in February dropped to 49.2 from 49.5 in February, according to the National Bureau of Statistics. While the Lunar New Year holiday played a a role in the weaker factory activity data over February, some economists noted that averaging out performance for the first two months of the year also revealed a broader slowdown, the Wall Street Journal reports.