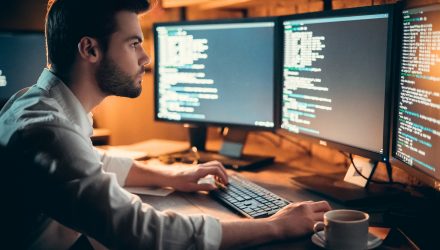 Global ETFs have accumulated a record $6 trillion in assets under management, doubling in size in under four years, as the decade-long rally helped attract more investors to the nifty investment tool.

While the ETF industry has experienced explosive growth, there is still more room to expand, especially in relatively untapped global markets.

“Passing the $6tn milestone is a historic moment but we are still in a relatively early stage of the industry’s development as ETF adoption rates across Europe and Asia are well below those seen in the US,” Deborah Fuhr, co-founder of ETFGI, told the Financial Times.

U.S.-listed ETFs make up the lion’s share of the world total, with $4.3 trillion in assets under management.

ETFs have come a long way. The investment vehicle ETFs was previously seen as an insignificant niche tool before the financial crisis, providing a low-cost way for investors to access a basket of assets backed by a benchmark index. However, the growing discontent with underperforming and often costly traditional active managers, especially during the financial crisis, pushed many investors to seek less volatile and cheaper strategies through the ETF vehicle.

Looking ahead, Inigo Fraser-Jenkins, a senior analyst at the brokerage Bernstein, argued that the penetration of index-backed ETFs into financial markets still has “a lot further to go”.

“Allocation decisions to passive [index funds including ETFs]don’t appear to be slowing at all,” Fraser-Jenkins told the Financial Times.

BlackRock has even projected global ETF assets to hit $12 trillion by the end of 2023.

ETF providers have also enjoyed robust inflows as they engage in an increasingly competitive fee war that has pushed ETF costs down. The fee war has paid off for some, with Vanguard retaining its title of the world’s fastest-growing fund manager for seven consecutive years and attracting at least $88 billion in new ETF inflows this year.

Due to its increasing popularity, ETFs now regularly make up a third of all trading on the U.S. stock market and account for an even larger portion during periods of heightened market volatility.