You are at:Home»Equity ETF Channel»Germany ETFs Have Rallied, But Economy Remains in a Rut 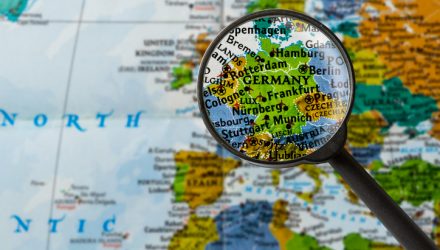 Germany ETFs Have Rallied, But Economy Remains in a Rut

Germany-related ETFs have been on a rally since the start of October, but the German economy continues to languish and may weigh on further gains.

However, Germany’s industry is in a recession after a shift in consumer trends, China’s economic rebalancing and a global trade war, Reuters reports. Additionally, investment spending has shrunk, sentiment is low, job creation stalled and productivity growth is weakening.

“Germany is likely to remain in a zone between modest positive growth and slight GDP declines,” Commerzbank economist Jörg Krämer told Reuters. “Once the downturn is over, however, there is unlikely to be a strong economic recovery … the German export industry will suffer for a long time to come.”

Germany’s independent Council of Economic Experts also painted a gloomy outlook, arguing that the developed nation is slow to adopt new technology, investment is weak and barriers to starting new businesses are too high.

Meanwhile, the country’s rapidly aging population keeps pressure on productivity growth since the labor market is shrinking and skilled workers are hard to find. Companies are even hanging onto skilled labor during downturns for fear they will struggle to find the qualified workers during a rebound.

Additionally, lending is hard to come by to finance any expansions as banks are operating with the highest costs in the Eurozone, with a combined return on equity in the second quarter at zero. Banks would restrict lending in a slowing economy to save capital, potentially exacerbating the negative effects of a recession.

“Banks’ low profitability poses risks to financial stability, because it hampers the build-up of equity and provides incentives to take excessive risks,” the Council said.