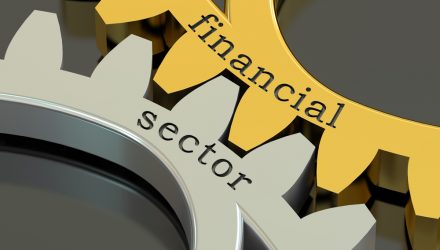 “We’re keeping our eye on JPMorgan. I think that’s going to be the bellwether that we’re really going to want to watch here in earnings,” Piper Sandler chief market technician Craig Johnson told CNBC. “We’ve been making this kind of nice symmetrical sort of setup in the price action here recently, and that really suggests that perhaps a lot of the bad news might be priced in.”

The financial sector has been underperforming the broader market while the S&P 500 has been reaching toward new 52-week highs. However, bargain hunters are looking at banks as a value play, which typically outperforms during the beginning stages of a broad economic recovery.

“Then secondly, I like Wells Fargo right here. It’s the ultimate value play. In my opinion, it trades at too steep of a discount to book value. And if management can just stay out of the media and they can execute on their cost-cutting plan, I think the stock is a good buy at these levels,” Michael Binger, president of Gradient Investments, told CNBC.

However, some warn of potential risks. For instance, traders are concerned about potential political risk following the election. Banks have enjoyed a rollback of regulations, but November’s vote could mean a more active Treasury Department ahead. The Federal Reserve has also put pressure on the sector, requiring capital restrictions in place in June after it released the results of its annual stress tests. Meanwhile, the stubbornly low interest rate environment has been poor on banks’ bottom line.