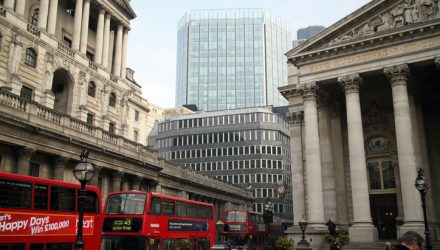 The Federal Reserve could make major changes to bank rules and alleviate some of the pressure on the financial sector and related ETFs.

The Fed said it would vote October 10 on a measure to ease liquidity and capital rules on large U.S. banks, working in plans that may lower regulatory costs for regional U.S. lenders under the $700 billion in assets, the Wall Street Journal reports.

“We’ve been working on a regulatory restructuring that is aggressive in its scope but responsible in its substance,” Fed Vice Chairman Randal Quarles said this summer.

The central bank plans to categorize large U.S. banks into four segments based on their size and other risk factors. Meanwhile, regional lenders would be either entirely free from certain capital and liquidity requirements or see those requirements reduced.

Regulators may even ease requirements that large banks plan annually for their own demise, or what are known as living wills. Fed previously in April proposed that the largest U.S. banks, including Bank of America Corp., JPMorgan Chase & Co. and Citigroup Inc., to produce living-will plans every four years rather than every year. Every two years banks would address capital and liquidity issues as core parts of their wind-down strategies, along with announcing any major shifts in their operations.

The collective changes show a significant easing in the post-financial-crisis regulations since Dodd-Frank law was signed in to obviate another meltdown.

For more information on Bank ETFs, visit our Banks category.