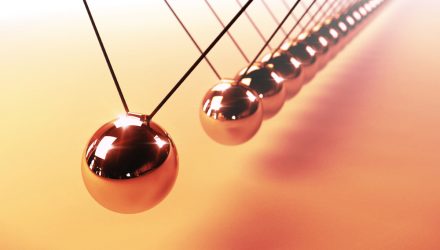 “The markets are following momentum right now because it is a sign of progress,” Tobias Levkovich, the head U.S. equity strategist at Citigroup, told the Wall Street Journal. “But at some point, we have to look at the absolute levels.”

“There’s no indication of any real shift in leadership,” he added.

Investors continue to plow into equity markets, fueling the record rally run that has sent both the S&P 500 and Nasdaq above their pre-coronavirus highs.

“There’s still trillions of dollars on the sidelines in money-market funds. It needs to be deployed and the only real home for it is equities,” Edward Park, deputy chief investment officer at Brooks Macdonald, told the WSJ.

Energy was among the worst performers among S&P 500 sectors as Hurricane Laura barrels down on the Texas-Louisiana coastline, posing the worst threat to U.S. energy assets since 2005’s Hurricane Katrina. The storm system is expected to strengthen to a category 4 hurricane, forcing crude producers and refiners to shut down operations along the coast.

Looking ahead, the U.S. Federal Reserve is expected to reveal its outlook intended to soften the central bank’s inflation stance, which Chairman Jerome Powell is likely to touch upon at his remarks on Thursday as part of the annual Kansas City Fed’s Jackson Hole symposium that will take place in a virtual setting due to the coronavirus pandemic.