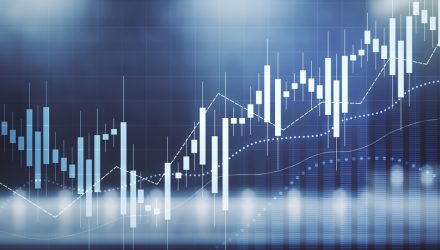 U.S. Stock ETFs End Week on an Up Note, Wait on Q1 Earnings

The S&P 500 headed toward its biggest weekly gain, which would also mark its longest win streak since October as growth names regained their momentum after underperforming the value style in the wake of a spike in Treasury yields.

“I can understand why investors would say I am not going to get freaked out price-wise because the reflation trade will be beneficial to earnings,” Sam Stovall, chief investment strategist at CFRA Research, told Reuters. “They are taking the bad with the good, the good being if the economy is going to go up and earnings are going to increase, hey I will take some inflation with that, because I don’t think the inflation is going to undo any of the profit margin expansion that I expect to see.”

Big banks will kick off the first-quarter earnings season next week. Profits for S&P 500 companies are expected to enjoy a 25% jump year-over-year, the strongest performance for the quarter since 2018, according to Refinitiv IBES data.

Analysts anticipate the market euphoria to continue as the economy returns to normal.

“A lot of people think there’s too much optimism, giddiness,” Jim Paulsen, chief investment strategist at the Leuthold Group, told the Wall Street Journal. “I still think that’s going to get even more extreme probably as more people get shots in the arm…However optimistic we feel today, we could feel a heck of a lot more optimistic later this year.”