You are at:Home»Equity ETF Channel»ETF Investors Are Easing Back on Emerging Markets 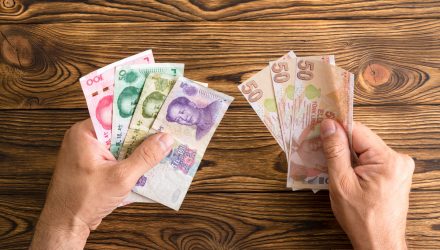 ETF Investors Are Easing Back on Emerging Markets

After a breakout start to the new year, emerging market ETFs are seeing flows slow down with investors calming down from the initial optimism over a quick resolution to trade talks and rebound in global growth.

However, investor money flows into emerging markets have slowed in recent days after the swift run up in Chinese equities, Reuters reports.

Major asset managers and investment banks like JPMorgan, Citi and BlueBay Asset Management, among others, have been piling into the emerging markets in recent weeks. According to the Institute of International Finance, flows to emerging market assets in mid-February soared close to levels last seen late January 2018, or days before emerging and global markets plunged, after the Federal Reserve revealed a more dovish stance on monetary policy.

In mid-February, fund managers surveyed by Bank of America Merrill Lynch also said emerging markets were the “most crowded trade” around for the first time in the survey’s history. This designation could foreshadow tougher times ahead for the category as assets named “most crowded” usually pullback soon afterwards.