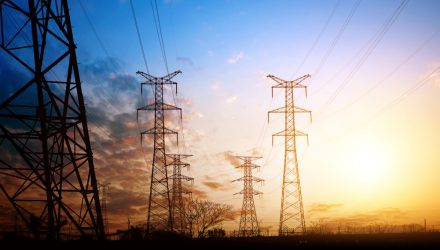 Energy sector-related exchange traded funds led the charge on Monday as positive updates on a coronavirus vaccine helped fuel bets that the economy will make a speedy recovery with the previously downtrodden, economically-sensitive segments gaining momentum.

Energy markets continued to strengthen as traders anticipated a Covid-19 vaccine would fuel a recovery in crude oil demand after AstraZeneca Plc became the latest company to report a vaccine that showed a high rate of protection. Vaccinations will “hopefully” start by Dec. 12, Moncef Slaoui, head of the U.S. government’s Operation Warp Speed program, told CNN, according to Bloomberg.

“Some of these back-of-the-curve markets switching from contango to backwardation is proof in the pudding that the market is optimistic about the prospects for a vaccine,” Bob Yawger, director of the futures division at Mizuho Securities, told Bloomberg. “It’s a strong move here. There’s some really good stuff going on for this market.”

Further supporting energy markets, the Organization of the Petroleum Exporting Countries, along with Russia and other producers, a group known as OPEC+, could extend a deal to curb output, Reuters reports. OPEC+, which meets on Nov. 30 and Dec. 1., will consider options to extend a deal on output cuts by at least three months from January.

“The overall ‘risk-on’ sentiment is being driven by more positive vaccine news this weekend and oil prices in particular are being propelled higher by aggressive ‘short’ covering, especially in the ICE Brent contract,” Ryan Fitzmaurice, commodities strategist at Rabobank, told Bloomberg. On top of further short covering, “the oil market will be focused on the OPEC+ meeting which is set for next week and which will likely begin to garner a great deal of attention as the week goes on.”