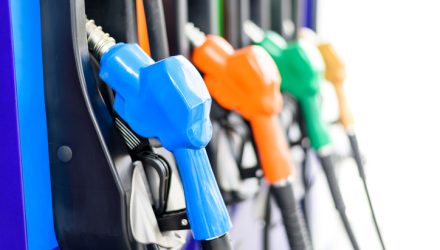 Energy sector exchange traded funds were among the worst hit on Tuesday as fears of a slowing global economy weighed on the crude oil outlook. The hit came despite promises from the Organization of Petroleum Exporting Countries and its allies to extend cuts.

OPEC and other larger producers like Russia, a group known as OPEC+, agreed to extend oil supply cuts through March 2020 in support of propping up prices, CNBC reports.

The announcement came after Russian President Vladimir Putin previously stated he had agreed with Saudi Arabia to prolong the pact and continue to reduce combined production by 1.2 million barrels per day, or what amounts to 1.2% of world demand.

“There seems to be some disappointment that OPEC didn’t make a larger production cut. Or a sense that demand is really bad,” Phil Flynn, analyst at Price Futures Group, told CNBC.

However, the supply side support was not enough to offset the rout in crude oil markets as signs of a global economic slowdown, which would drag on oil demand growth, took over.

“It was the bare minimum OPEC could agree on in order to prevent a major meltdown in prices. Member countries noted that global oil demand growth for this year has fallen to 1.14 mbpd (million barrels per day) whilst non-OPEC supply is expected to grow by 2.14 mbpd,” PVM analyst Tamas Varga wrote in a note. “It appears that the supply side of the oil equation is supportive for oil prices but demand concerns are forcing oil bulls to keep at least part of their gunpowder dry.”

Dragging on the global economic outlook, factory activity contracted across much of Europe and Asia in June while U.S. manufacturing activity also weakened to a near three-year low.

Further adding to the risk-off sentiment and fueling doubts of a prospective deal, President Donald Trump warned that any deal with China needed to be somewhat tilted in favor of the U.S..