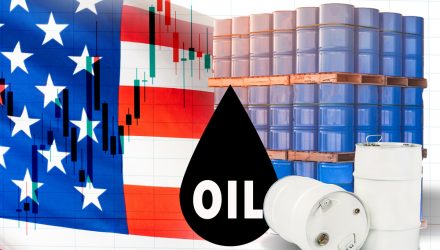 Energy ETFs Pop Despite Drop Off in Crude Oil Prices

Energy sector-related exchange traded funds were among the best performers on Friday, despite the steep pullback in crude oil prices after President Donald Trump tested positive for Covid-19 and a rise in global crude output.

The Brent and WTI crude benchmarks were both headed toward a second consecutive week of losses, with the latest pullback triggered by the uncertainty over Trump’s health, a weak unemployment report and rising supply out of major world oil producers, Reuters reports.

“It’s been a rough week – and now the president’s diagnosis sends a shudder through markets,” John Kilduff, partner at Again Capital, told Reuters. “The COVID-19 pandemic has weighed more on the oil market than any other asset class. This is a worst-case scenario for the oil market.”

Looking ahead, some warn that crude oil markets may continue to struggle due to dampened demand.

“If anything, they’re vulnerable to falling into the low $30s. The oil market is taking Covid the hardest of all of the asset classes out there,” John Kilduff, partner with Again Capital, told CNBC. “Demand is just not coming back, especially for jet fuel.”

“There are still these serious headwinds for oil in terms of the macro outlook,” Helima Croft, managing director and head of global commodities strategy at RBC Capital Markets, told CNBC. “OPEC is very focused on compliance. It’s just a question to me of how much more can you get out of these producers in terms of compliance.”