You are at:Home»Equity ETF Channel»Energy ETFs Could Face an Extended Period of Weakness 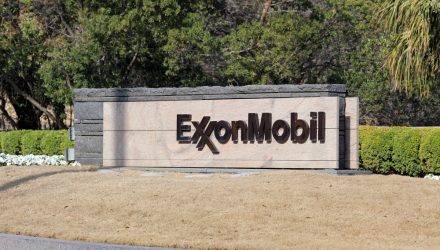 Energy ETFs Could Face an Extended Period of Weakness

Oil markets have rallied on hopes of a return to a more normal global economy, but energy sector-related exchange traded funds may face an extended period of lean times as the fallout from the coronavirus pandemic could be felt for years.

Energy ETFs have been among the best performers over the past month, with the widely observed Energy Select Sector SPDR (NYSEArca: XLE) surging 32.6% and iShares U.S. Energy ETF (NYSEArca: IYE) jumping 31.8%.

However, the good times may not last. Exxon Mobil Corp (NYSE: XOM) has already lowered its outlook on oil prices for much of the next decade, the Wall Street Journal reports.

According to internal company documents, Exxon cut its forecasts for future oil prices for each of the next seven years by 11% to 17%, attributing the downward revisions to the lingering negative consequences of the Covid-19 pandemic.

Furthermore, the energy industry is also facing increased competition from renewable energy and electric vehicles, along with expectations of greater climate-change regulations.

These crude oil forecasts are important for the company because Exxon uses it for an early stage of modeling its financial plans. Consequently, the depressed oil price outlook threatens to put further financial pressure on the energy company, which has already shown three consecutive quarterly losses this year for the first time on record.

On a more positive note, Exxon believed that the oil industry could eventually come out of the pandemic stronger, as the world is currently underinvested in oil and gas production, which would cause a short fall in fossil fuel in the coming years.