You are at:Home»Equity ETF Channel»4 Energy ETFs Could Be a Bargain Play on an Underappreciated Sector 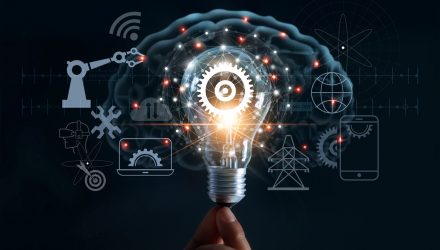 Energy sector ETFs lagged the pack and were among the worst performing segments of the market, but the under performing sector may now be a bargain pick.

After the pullback, Wells Fargo senior global equity strategist Scott Wren argued that things may not appear as grim as they use to be for the energy sector.

“We had, for a multiyear period, been underweight energy and that worked out really well,” Wren told CNBC. “But recently here, if you look at things like return on equity, … if you look at things like the energy sector dropped to being only 5% of the total market cap of the S&P 500 which is really a multidecade low, we had felt that our underweight position was no longer warranted.”

Wells Fargo recently upgraded its sector allocation on the energy sector to favorable from unfavorable in late April. Wren said market observers have been too pessimistic on energy companies and believed expectations should be readjusted.

“When oil came off and dropped down into the mid-$40s [a barrel]last fall we thought that analysts reduced their earnings estimates way too much. They really haven’t boosted them back to reflect this close to $60+ level,” Wren said.

At the start of May, full-year earnings estimates have been cut to project a decline of 9% for the energy sector. In contrast, analysts previously estimated a full-year 2019 earnings growth of the S&P 500 energy sector of 7% back at the end of 2018.

“You could make the argument that this was kind of a catch-the-falling-knife sort of call, but it looked cheap and we wanted to stick our toe in the water. So that’s what we did,” Wren added.